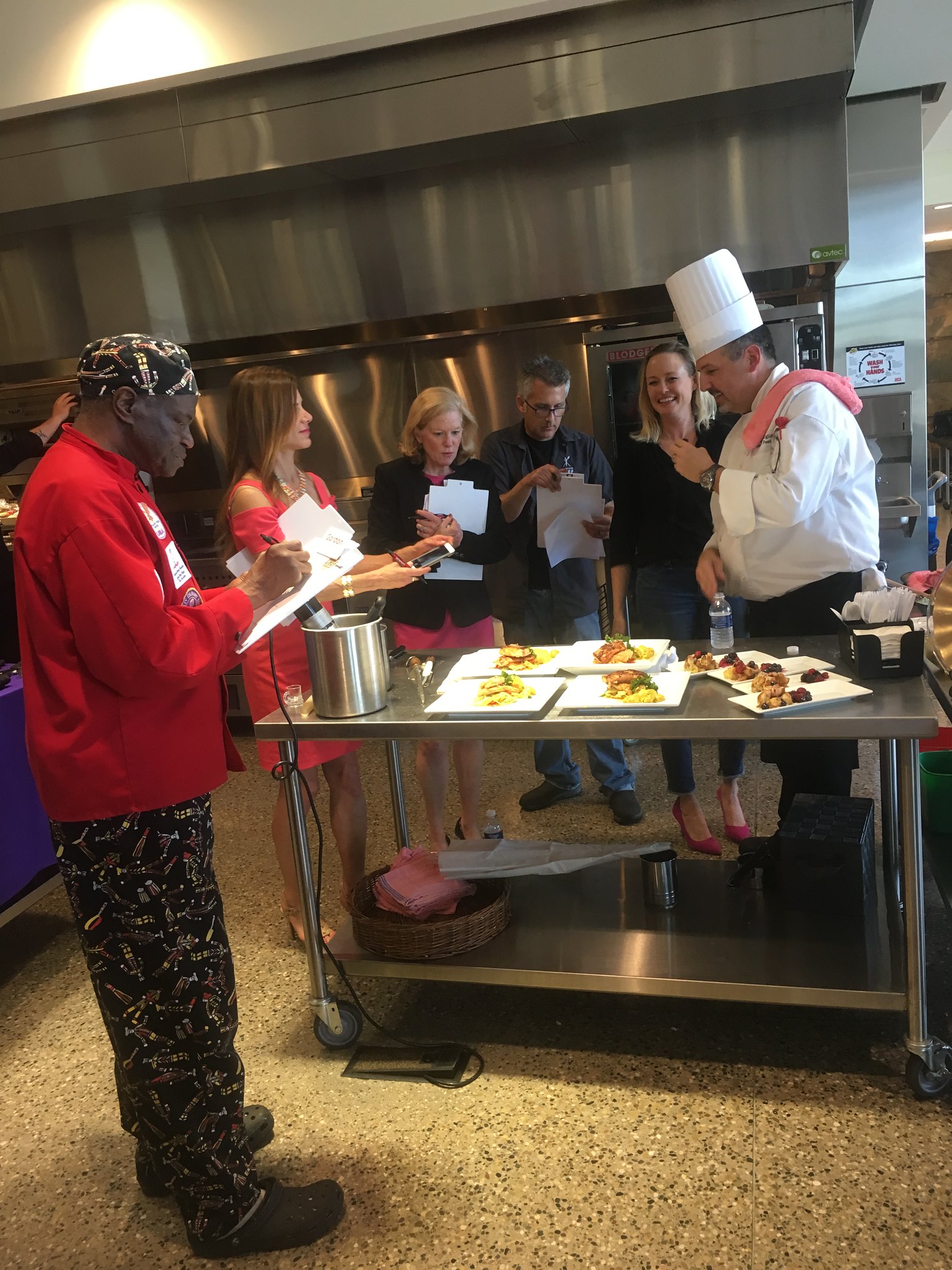 The Senior Chef Showdown is an exciting event sponsored by Gordon Food Service that combines delicious food while also highlighting some of the most talented chefs who cook for the Seniors in the Grand Rapids area.

The Senior Chef Showdown featured chefs from Clark Retirement Communities, Holland Home, Porter Hills, and Samaritas Senior Living. The Iron Chef meets Chopped competition presented each chef with surprise ingredients including Rhubarb, Potato Chips, and Whole Bean Coffee in which they had to turn into an entree and dessert. The proteins divided among the chefs were Chicken Breasts, Pork Tenderloin, Salmon and Steak. To make things even more interesting the chefs had to pick one more secret ingredient out of a hat. These additional secret ingredients included kumquats, saffron threads, white pine needles, and sardines. 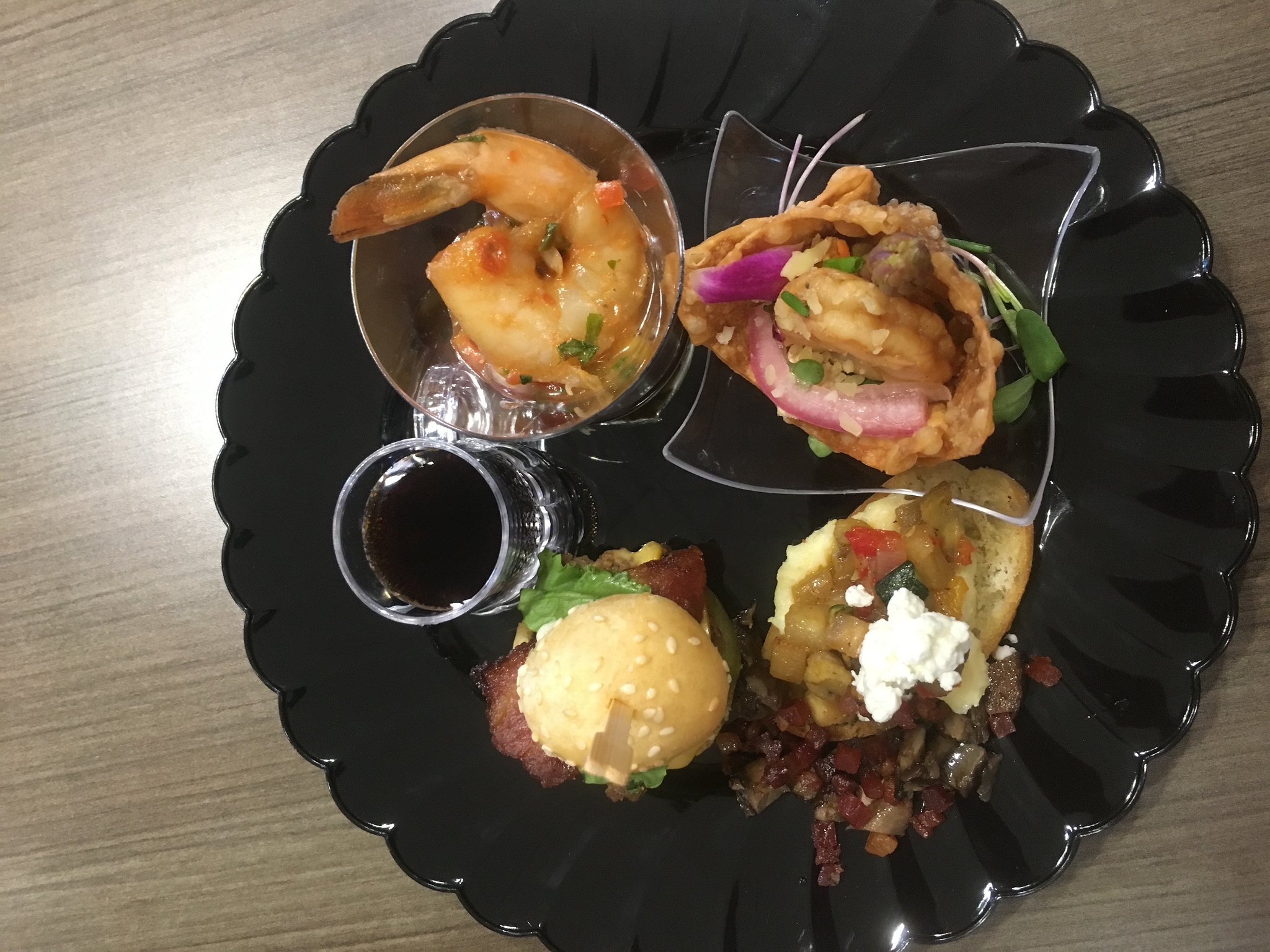 This fun event welcomed residents from each senior living community as well as members of the public to not only watch, but also participate. 150 miniature creative appetizers were prepared by the chefs before hand so that the Seniors and the public could sample and then vote for which appetizer was their favorite. Not only was the appetizers tantalizing to the taste buds, but it was also a fun way to get up and get involved.

This was not only a competition between the chefs of each Senior living facility, it was an explosion of excitement by each and everyone of the Seniors. These hyped up Senior residents dressed in different colored T-shirts each representing their living facility. The Seniors wanted their chefs to win and that meant cheering, singing, and making a lot of noise to show their chefs some support. The friendly competition was exciting and made the intense showdown even more interesting. 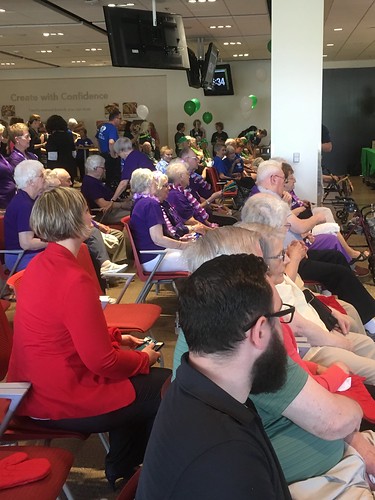 Unanimously won by popular vote with the most marbles was Porter Hills with their creatively scrumptious Fried Shrimp Wonton. And To wrap up the night and finally put the anticipation to rest a panel of judges; Rachel Ruiz, Shelly Irwin, Mark Kingshot, and Chef Oliver Hale collaborated and with a hard decision to choose a winner… 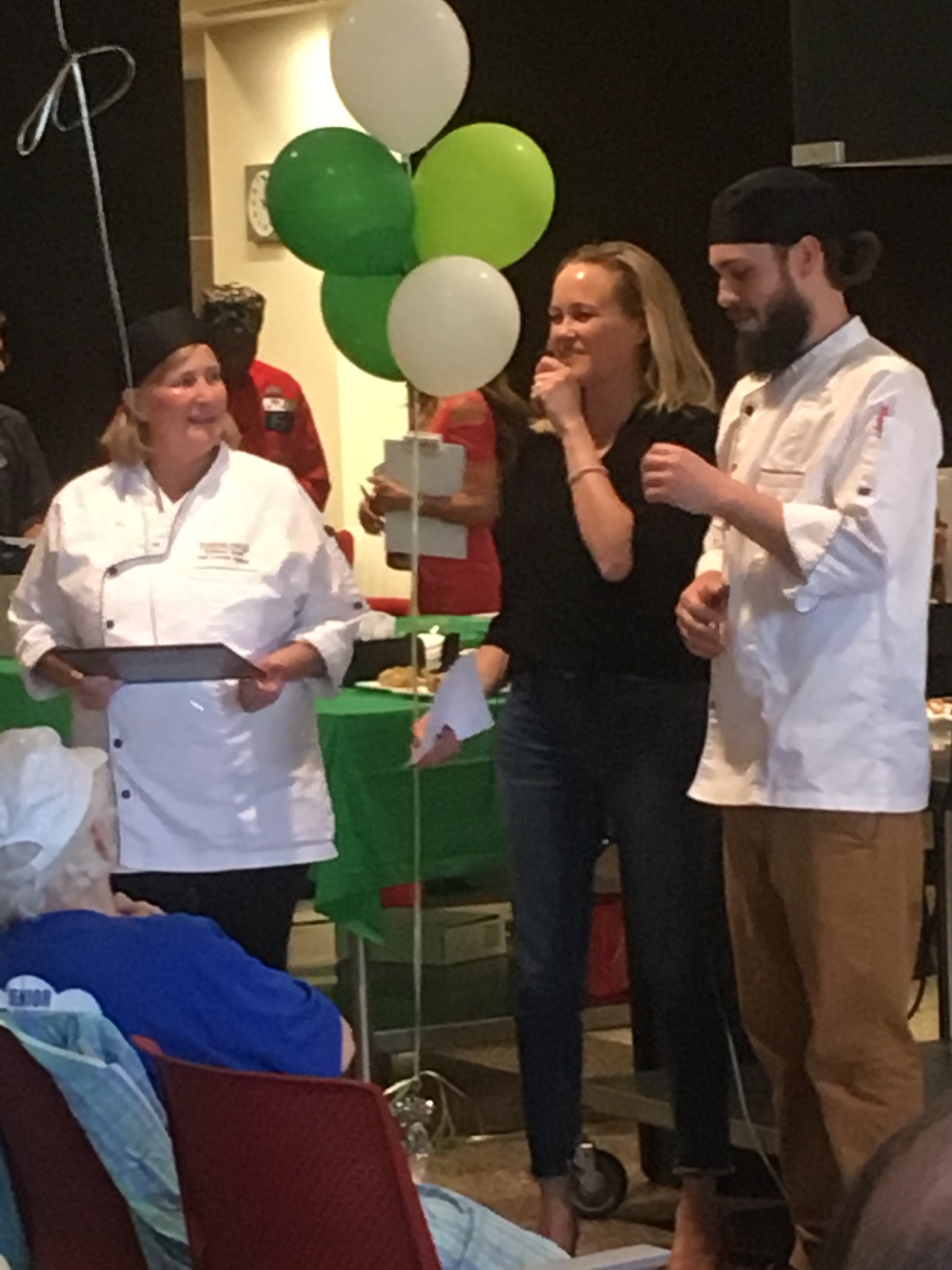 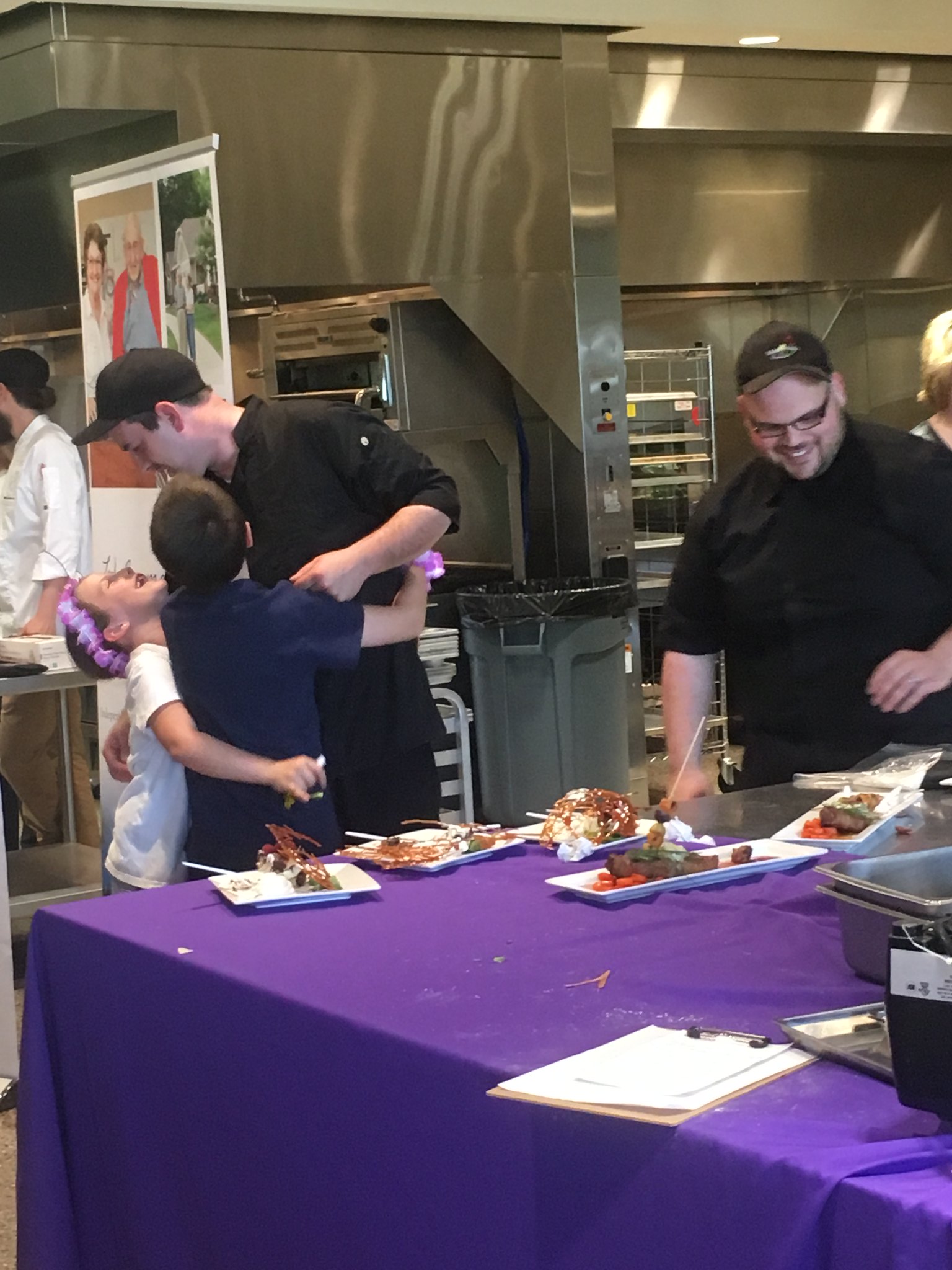 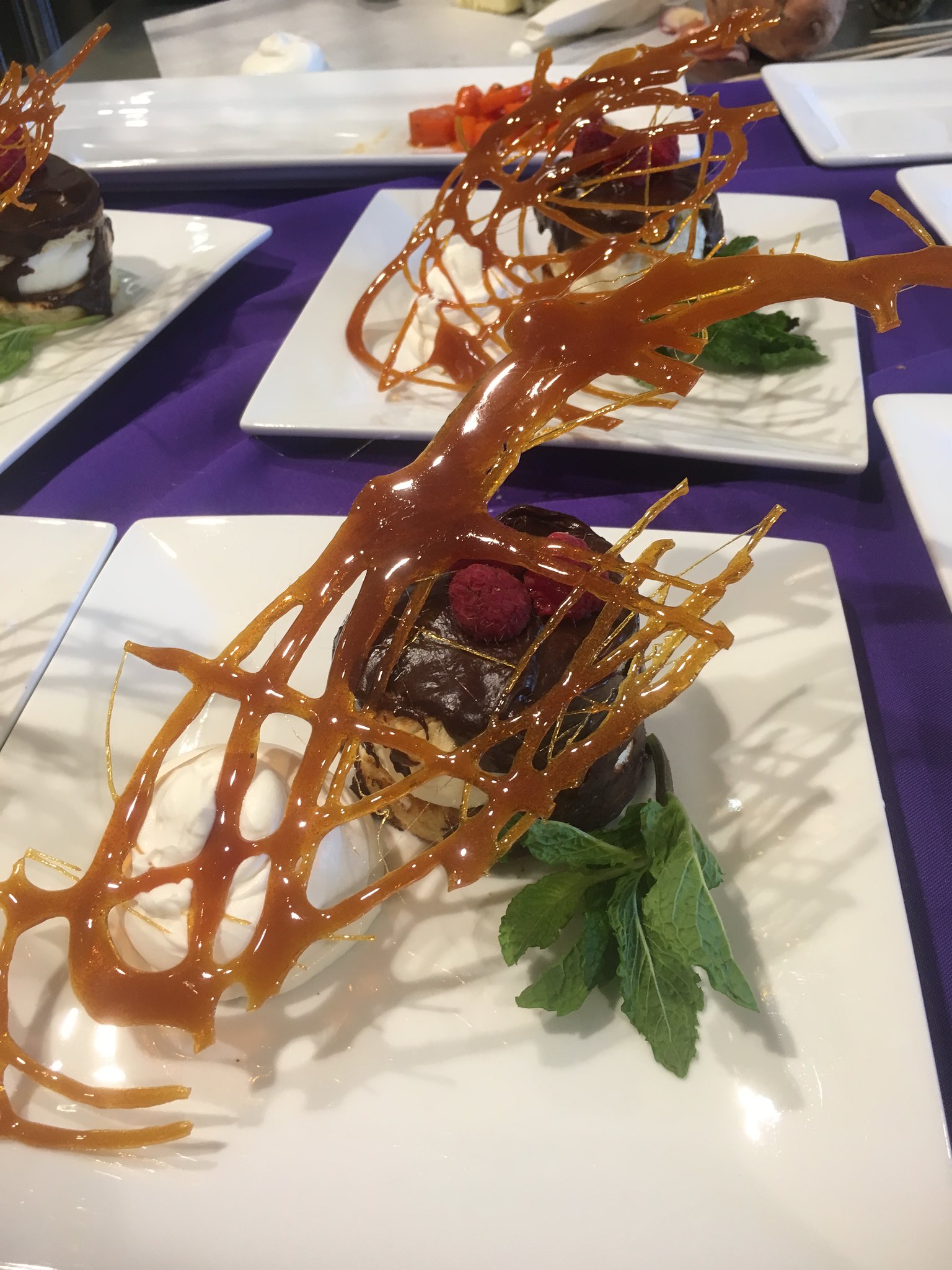 Taking away the trophy this year was Samaritas, Winner of The 2017 Senior Chef Showdown!