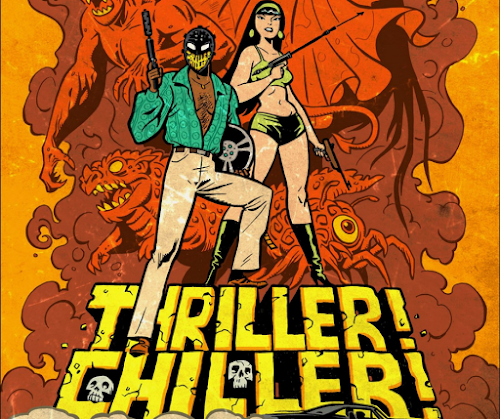 The arts are so important in our community, it is great to give the people behind the creation of these artistic ventures the recognition they deserve. This is the purpose of the Storey Awards, a community award created by the Thriller! Chiller! Film Festival. This year, the Story Award will be going to Sarah Vesley and Nicholas Hartman. Find out more about this exciting event and how you can be a part of it.

The Thriller! Chiller! Film Festival will be taking place at the Wealthy Theater from October 23-27. This Michigan international film festival will be celebrating screen films from the United States in the genres of action, horror, sci-fi and suspense. The awards ceremony will be taking place right in the middle of the event, on Friday 10/26 and Saturday 10/27 in the theater’s Peter Wage Auditorium.

Vesley and Hartman are both being recognized for their artistic contributions to the community. Hartman is a UICA film programmer and artist and Vesley is a GVSU Film Professor and Director of the Wealthy Theater; both hail from the Grand Rapids area.

Those wishing to attend the film festival and awards ceremony can get tickets at the Wealthy Theater web site. Day passes for Thursday and Friday are $12 each while admission for Saturday is $15.

The Thriller! Chiller! Film Festival will surely be a great way to celebrate Halloween and learn about new artists from around the country. The awards ceremony is a terrific way to honor those who have given so much to our community. Be sure to mark your calendar for this exciting event!